Are you thinking of Switching to Ubuntu (or any other Linux distribution)  from Windows but afraid to jump ship?

Maybe my story will help.

Before I tell you why I have dumped Windows for Linux, First I’ll tell you about my relationship with computers. 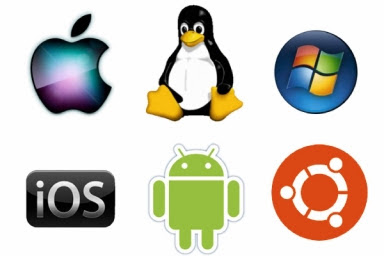 They bought a second hand Windows 95 computer with a Black and White CRT monitor. I have used it to draw a few rectangles using the LOGO language.

The Next Year, they bought a Windows 98 computer with a color CRT Monitor and we have used only these 2 computers till I have completed my 10th Standard from the same school in 2007.

We used these 2 computers to learn and play. The typical software applications we have used are MS Paint, MS Office, MS-DOS, DOS Games and a little bit of BASIC and C Programming.

Then again in High school, we used Windows XP based computers to practice C and C++.

The first time I have encountered a Linux operating system is in College computer lab where we used Fedora and CentOS to practice and learn Data Structures and Algorithm using C++.

Even there, all the environment and applications will be set up by the lab technicians, we will simply log in and finish our coursework and log out.

Being an overenthusiastic youngster, I have learned how to install different operating systems and I have tried all the Operating systems on my laptop Ranging from Windows 95 to Windows 8 and Linux based OS such as Fedora, Ubuntu, Kubuntu, OpenSolaris, CentOS etc.

We must have installed the Operating System at least 500 times on that laptop. (It still works and runs on Linux Mint) These are all experiments to me and always went back to Windows OS preferably Windows 7.

Those days the Internet connectivity is poor and we couldn’t download the entire OS, we used to copy the OS CDs and also for Linux OS such as Ubuntu and OpenSolaris, if you fill out an Online form, they will send you OS CD to your home address free of charge.

Because everyone around me used Windows and they always talk about Windows applications. Besides, I didn’t even know the names of Linux applications, hence didn’t bother.

I was always comfortable using Windows, so I had stuck with Windows. But Today, my Primary laptop runs on Ubuntu, my old laptop still works on Linux Mint, My hosting servers run on Ubuntu.

Only my portable LapTab runs on Windows 10. As you can notice, I grew up around Windows and always loved Windows, so, what changed, what has pushed me towards Linux? I’ll explain it in the next part. Stay tuned.