Yesterday, Bihar Chief minister Nithish Kumar has ended the opposition coalition and came into the NDA fold and the saffron wave has spread further in Bihar and further diminishing the almost extinct opposition. Combine this with the recent Assembly election results of few states and you know BJP is growing in India but I wanted to visualize exactly how much the Modi wave has spread in India.

Hence I made an infographic based on the elected government in each state and the results are mind boggling. Have a look for yourself. 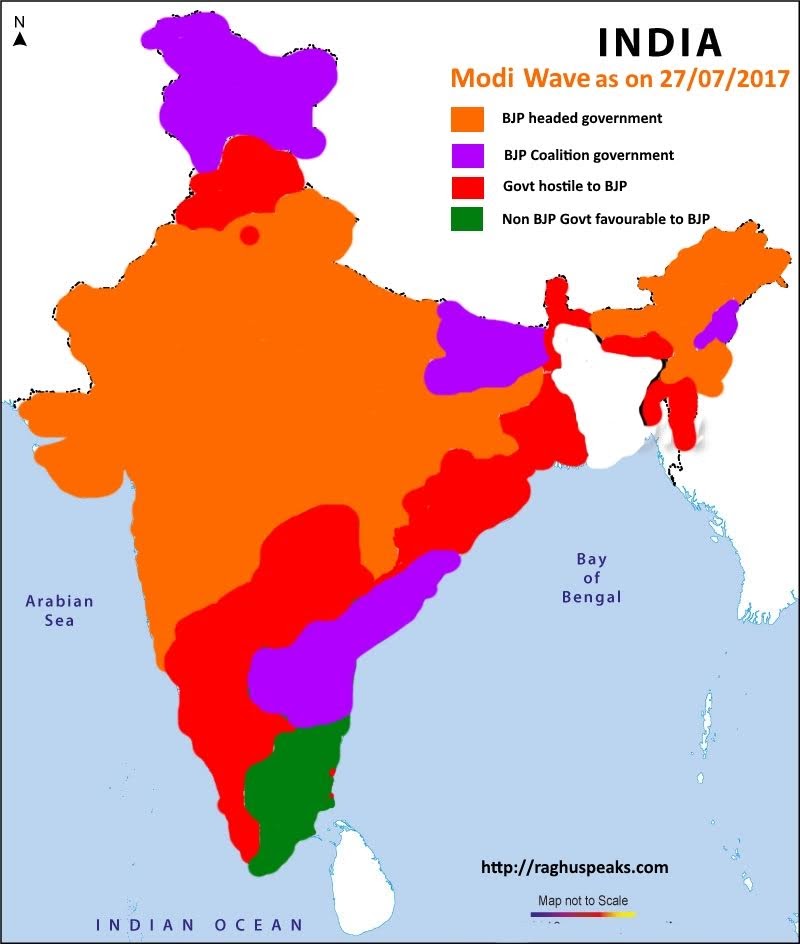 The Orange represents the BJP headed governments either as Single majority or in coalition, whereas the purple represent the BJP coalition government headed by other parties, the red represents the Opposition such as Congress, AAP, Trinamool congress, Communist factions, TRS etc and the green represent Tamilnadu which is headed by AIADMK which is not in the opposition and based on recent events they are mostly favorable to the BJP.

As you can see, Saffron & purple covers almost 75% of India which clearly denotes the rise of BJP & Prime Minsiter Modi and I expect it to grow further thanks to the foolhardy theatrics of the opposition be it Arvind Kejriwal or Rahul Gandhi or Mamta or Mulayam Singh (it’s a long list but none offering stiff resistance).